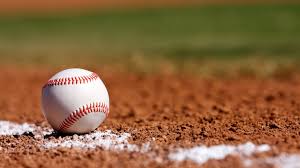 MIAMI — Shohei Ohtani continued his recent run of dominance on the mound, allowing one unearned run while striking out 10 in the Los Angeles Angels‘ 5-2 victory over the Miami Marlins on Wednesday night. Ohtani has not allowed an earned run over his last 28 2/3 innings pitched, the third longest streak by an Angels starter within a season in the last 50 years. It was his fourth straight start without allowing an earned run and his third with at least 10 strikeouts. He’s the sixth pitcher to accomplish that feat since earned runs became official and the first since Jacob deGrom in 2019. Ohtani (8-4) won his fifth consecutive start while limiting the Marlins to two hits and three walks. The Angels are now 5-1 since the start of June with Ohtani on the mound and 6-21 when anyone else starts. Ohtani’s two-RBI single with the bases loaded chased Miami starter Trevor Rogers (4-7) and capped a three-run fifth that put Los Angeles ahead 3-1. Ohtani stole second base in the 7th inning, becoming the first player since 1920 to have at least 2 RBIs, a stolen base and 10 strikeouts as a pitcher in the same game.